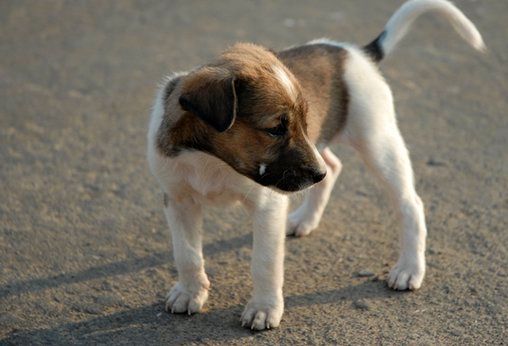 The following program calculates the rate at which female animals would need to be sterilised in order to keep a population at a constant level indefinitely using a single treatment that is effective for a specified number of years or one that is permanently effective in a specified percentage of animals.  In addition to the efficiency of the sterilisation treatment, estimates of the following demographic parameters are required: the age in years at which females are recruited into the breeding population; the number of litters they then produce per year; the average number of female offspring in a litter; the annual survival of a recuited female; and the probability that a female survives from birth to the age of recruitment.  The  program calculates the untreated populaton growth rate, the percentage of females that would need to be treated per inter-breeding interval to stabilise the population and the percentage of females that would as a result be treated in the stable population.  It compares the required number of sterilsations using the specified treatment to the number of surgical sterilsations that would be required, assuming those are permanently 100% effective.  The method assumes an excess of males and that females are treated with equal probability at any age and are then permanently marked so that they are not treated again even if the treatment is not permanently effective.

If the age at recruitment times the number of litters per year (i.e. the age at recruitment expressed in inter-breeding intervals) is a whole number the program  also simulates growth of an untreated population of initially 100 females over 10 inter-breeding intervals followed by sterilisation treatment at the rate required to stabilise the population eventually.  The simulation is purely illustrative, confirming that such a population would be stabilised eventually by the calculated treatment rate.  The actual "transient response" is complicated by possible dependence of survival and/or fecundity on population density.  Treatment would normally be applied at a higher rate than that calculated, either to prevent excessive growth of the population before it is stabilised or because the initial population is close to carrying capacity with rates of survival and/or fecundity lower than those that would would apply at the desired population density.  Population density then has to be monitored so that the treatment rate can be adjusted to converge to that required to stabilse the population at the desired density.  The program is designed only to assess what rate of treatment would need to be applied indefinitely to maintain a desired population density.

Demographic parameter estimates could be adjusted to allow for the following: (1) if breeding is seasonal so that a female limits her investment in reproduction by missing a season rather than reducing the number of litters per year the average litter size can be reduced by the percentage of females that fail to breed during the breeding season (2) survival can be reduced to allow for permant emigration to surrounding areas or  females adopted from  the population and confined (3) to allow for immigration from surrounding untrapped areas or from previously confined owned animals the average litter size can be increased by a factor reflecting the resulting increase in recruitment, for example by 1.2 if 20% of the recruits are immigrants.

The default parameter values are derived from those given as "midpoint" values in Christine M. Budke & Margaret R. Slater (2009), Utilization of Matrix Population Models to Assess a 3-Year Single Treatment Nonsurgical Contraception Program Versus Surgical Sterilization in Feral Cat Populations, Journal of Applied Animal Welfare Science, 12:4, 277-292.  The program reports that a population with those parameter values could not be stabilised using a single tratement effective for 3 years or a treatment permanently effective in 75% of females, a minimum of 4 years or 80% efficiency would be required.